Advanced Satellite with New system Architecture for Observation (ASNARO) is a research and development project for internationally competitive advanced small satellite system. It has been executed by NEC Corporation and Japan Space Systems under the contract of Ministry of Economy, Trade and Industry (METI). The project started in 2008 under the contract of New Energy and Industrial Technology Development Organization, NEDO, and has been implemented under the METI’s contract since 2010.
The goal of the project is to establish a new system architecture to realize international competitive low-cost, high-performance and small-sized satellite with short delivery time. Though it is a 400kg class satellite, its performance is equivalent to medium or large size commercial satellites with less than 0.5 m GSD, Grand Sampling Distance. This project covers from the development of the satellite system to the demonstration in space.
NEC Corporation is responsible for the development and manufacture of the satellite. Japan Space Systems is responsible of the management of the project. Japan Space Systems has been conducting a technical committees and consortium activities. ASNARO consortium has been working for the establishment of new system architecture. Following activities are conducted by the consortium. Life cycle cost reduction by applying COTS parts, satellite test procedure reduction by reviewing previous system and subsystem test procedures, and satellite operation reduction by applying network technology and autonomous/automatic technologies. 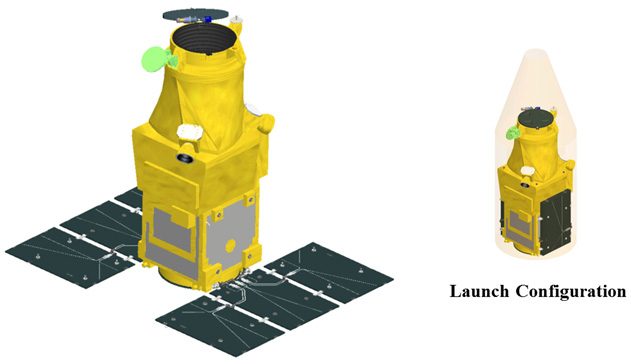 Activities to establish the new system architecture for advanced satellite systems have been performed by ASNARO consortium, which consists of large space systems manufactures, small- and medium-sized manufactures, and Japan Space Systems. Three working groups of the consortium have been researching on six themes to realize low cost, short delivery time, and automatic and autonomous operational space systems. Results of researches would be applied to advanced space systems aiming for industrialization.

Especially regarding Space Wire Network (SpW), standard network architecture for next generation small satellites, new test facility has been established. Due to high cost of test equipment, applying and testing SpW was difficult for small- and medium-sized manufactures. New test facility will serve to promote development of SpW components for small- and medium-sized manufactures. 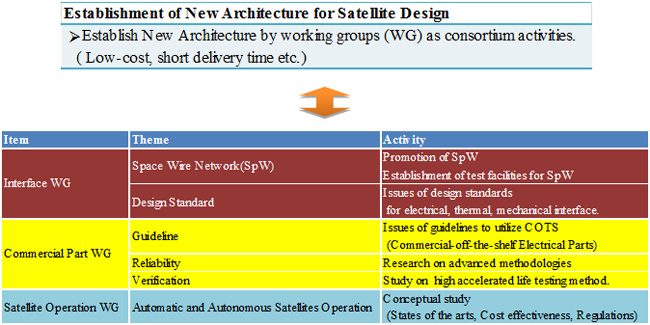 The bus of ASNARO satellite has features shown in the following table. It has scalable, modular design architectures, standardized payload interface, and Space Wire Network (SpW). Therefore it has high upgrade-capabilities for function and performance as well as high flexibilities for various mission demands. As for mission components, a small-sized, high-resolution optical sensor with less than 0.5 m GSD (Panchromatic, from 504 km altitude) has been developed and installed. Through those developments, technologies for small-sized earth observation satellites with less than 300 kg bus, competitive to high-performance equivalent to medium or large size commercial satellites, have been established. 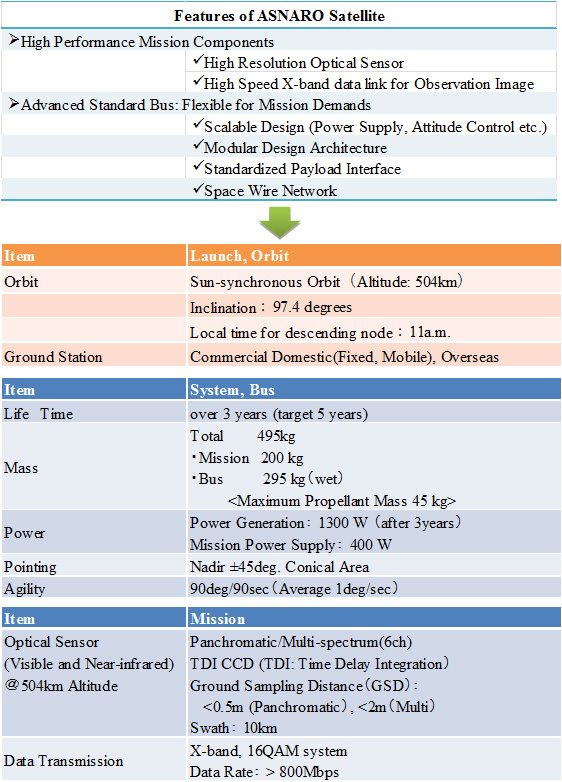